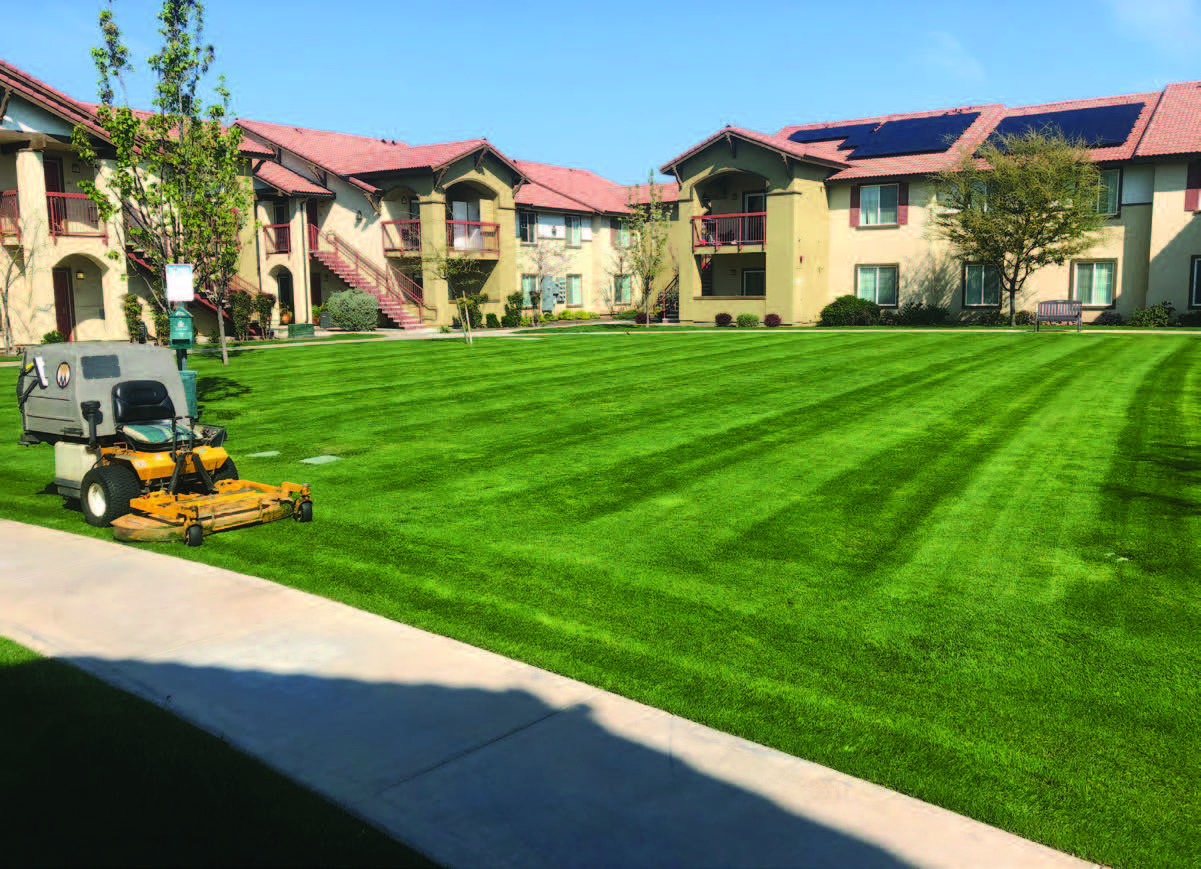 When an unforeseeable health scare forced Valentin Silva to the sidelines, his sons took control of his landscaping business. Now they are taking it in an exciting new direction.

The Silva brothers were encouraged by their parents to pursue any career they wanted. It was a familiar promise their father, Valentin Silva, was granted by his parents many years earlier. Ultimately, each of the Silva men chose landscaping. However, their paths took some unique twists and turns. 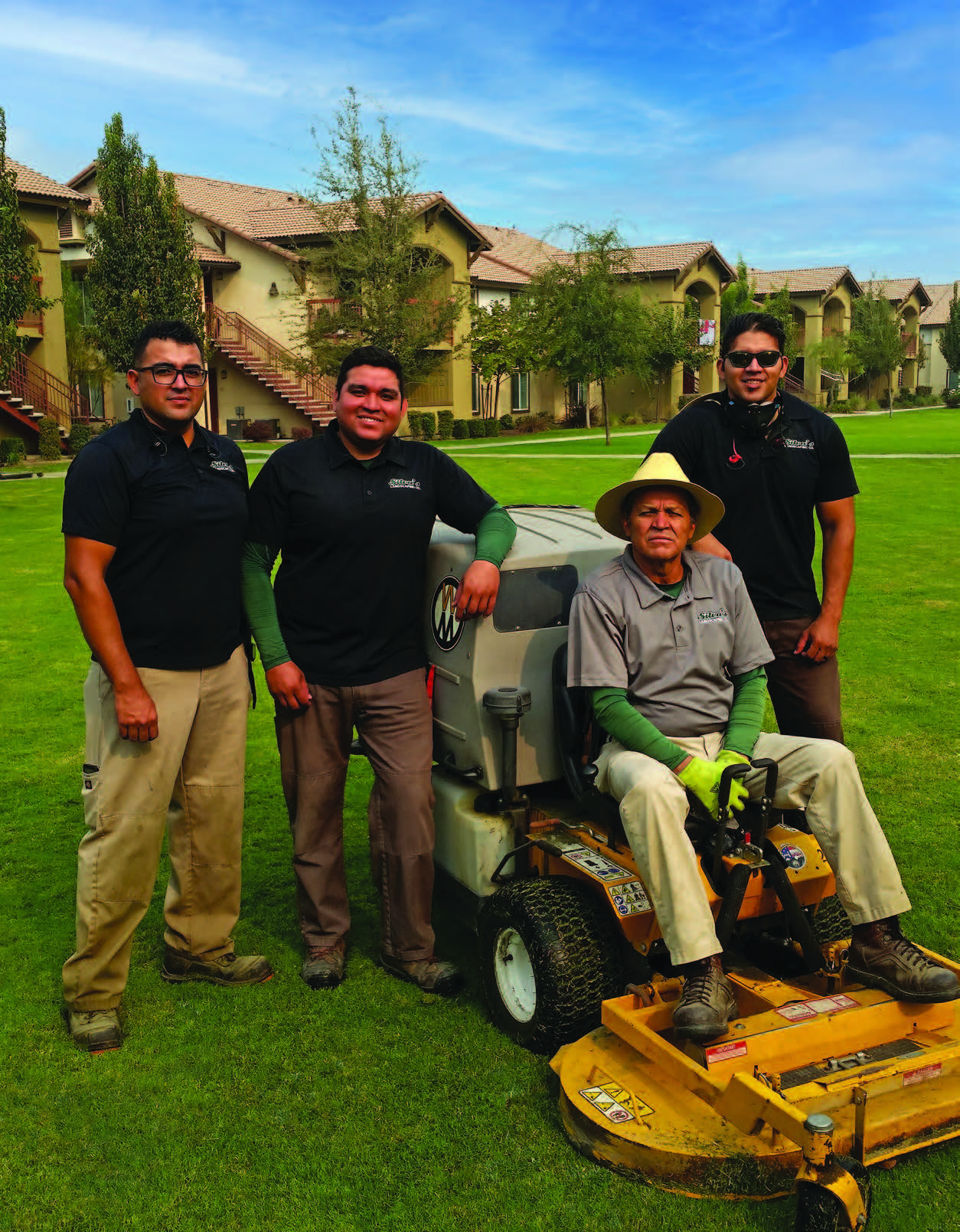 Valentin was already displaying a unique entrepreneurial spirit at the age of six when he sold gum at outdoor markets in his native Mexico. After migrating to the United States (California) in the 1970s, Valentin found work in landscape construction. Later he bounced back and forth between agriculture and landscaping. Eventually he started his own lawn maintenance company in 1990.

Valentin’s four sons—David, Val, Daniel, and Abel—all grew up working with their father. “When school was out, we knew we’d be out there working with our dad, no questions asked,” Val recalls. “That was okay, because we loved it.”

Nonetheless, the brothers ended up taking their parents’ career guidance to heart and decided to pursue other opportunities. David stuck with groundskeeping, but went to work in the public sector. Val had his sights set on civil engineering. Daniel was contemplating either nursing or agriculture chemistry. Abel had a passion for technology and computer science.

Even while pursuing new careers, the Silva siblings continued to help their father as much as they could. Then, in 2010, everything changed. They would have to help a whole lot more.

TEST OF A LIFETIME FORCES NEXT GENERATION’S HAND

Valentin came down with a bad case of diverticulitis, which was followed by numerous complications. All told, he spent roughly seven months in the hospital. 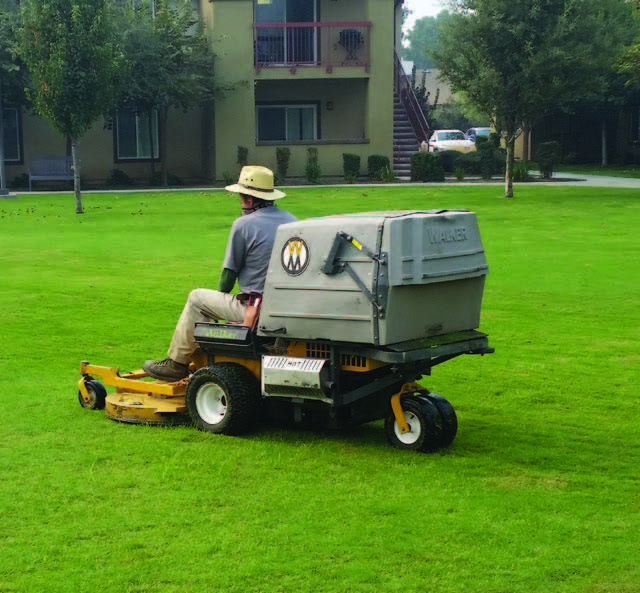 Silva’s has been using Walker Mowers for 20 years. It’s a tale of two seasons in Central California. In the spring, it’s all about manicuring lush, green Bermuda grass or St. Augustine. In the fall, it’s time to overseed with perennial ryegrass that is kept much shorter for a few months.

When Valentin first became ill, his sons helped service accounts, so customers didn’t cancel. But as time wore on, the three youngest brothers, Val, Daniel, and Abel, had a decision to make. “We all decided to stop what we were doing in pursuing our own careers and focus on the company,” Val says. “We knew that if we pulled together as a family, we could make it work.”

The Silva brothers spent the next several months doing two things: maintaining landscapes and praying. They must have done a pretty good job. Clients stuck with them, their dad made a miraculous recovery and was eventually released from the hospital.

There was one hurdle to clear yet: the hospital bill.

“I will never forget the day that bill came in the mail,” Val says with a shake of the head. “I won’t even say how much it was. Let’s just say that my brothers and I looked at each other and laughed. Fortunately, we knew someone in social services at the hospital who worked hard to make sure we applied for every type of assistance possible. By the grace of God, that entire bill was taken care of.”

Nowadays, Valentin is doing well and still works in the business with his three youngest boys, Val, Daniel, and Abel, who have taken ownership of the company. David is head groundskeeper at a prison, but he still works part-time in the family business as needed. Based in Ivanhoe, California, Silva’s Landscaping Co. serves clients throughout the Central Valley.

IN SEARCH OF JOB SECURITY

In the year prior to Valentin becoming hospitalized, the housing bubble had burst. That meant the foundation of the company, residential customers, had become unstable. The decision to begin going after commercial accounts was an easy one. 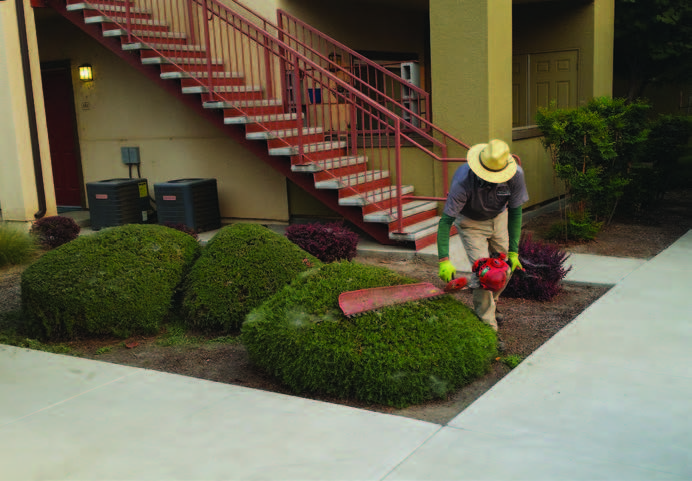 Valentin Silva typically starts a day by trimming some shrubs before hopping on a Walker Mower to cut grass and clean up the property.

Roughly 80% of the company’s business now comes from commercial accounts like HOAs and multi-family complexes. “We still spend one day a week servicing residential customers,” Val points out. “We’ve kept a handful of our best customers who are all concentrated in the same area. Then we refer new inquiries to other contractors we’ve developed relationships with. It’s always hard to say ‘no’ to a new customer, but sometimes you have to in order to maintain the right work-life balance.”

Balance is important to the Silvas. “We want to make sure we have time to spend with our families,” Val says. “Work is not going to dictate to us or define us.”

Although Val, Daniel and Abel are now the owners of the business, they are also operators. Each is out in the field every day running equipment. Each brother also has his own area of focus. Val oversees landscaping and irrigation. Daniel oversees the turf management program. Abel maintains his chemical applicator’s license and handles all the spraying.

One task each of the siblings shares in is keeping an eye on Dad. Valentin has been a workhorse his entire life and can sometimes forget that he must pace himself now. He’ll often start his day trimming a few shrubs before hopping on a Walker Mower for most of his shift. Rest assured, his boys make sure he doesn’t overdo it.

YOUR BIGGEST COMPETITION IS YOURSELF

“It’s helpful when the face of the company, in this case me and my brothers, is on the property every week doing the work,” Val says. “This helps us improve communication with clients, react quickly to their needs, build better relationships and maintain a high standard.” 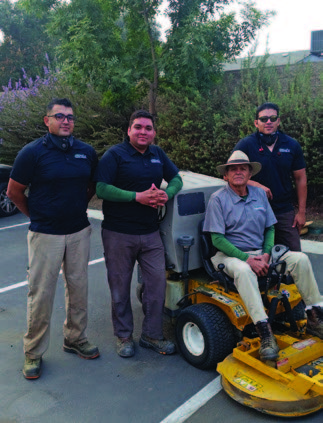 Silva’s Landscaping has begun using plant growth regulators to help slow down shrub growth without impacting its health or appearance. “We’ll trim a hedge and shape it, and then Abel will come through later and spray it,” Val explains. “This approach has helped reduce our trimming time by almost 40%.”

Silva’s Landscaping also uses unique custom-blended fertilizers and weed control products. Daniel, who is armed with four horticulture-related degrees, has become quite the chemistry whiz when it comes to turf grass. He develops custom blends based on time of year, weather conditions and soil conditions. Daniel’s turf management program has worked so well that a large property management company has begun leveraging it across all its properties in the region.

Finally, Silva’s Landscaping has been using Walker Mowers for 20 years. As the company has shifted into commercial work, the Walker has provided an even more meaningful advantage.

“I give a lot of credit to our Walker Mower dealer, Jensen & Pilegard in Visalia, for the success we’ve had,” Val says. It was the dealer who steered Val toward the Walker Mower when he expressed a need for something that could cut well and bag, but still handle bigger commercial properties in less time than a walk-behind mower.

“Our dealer let us demo a Walker for a while,” Val continues. “We noticed a difference right away with how efficient it was and how clean it left everything. Some of our clients asked us what we were doing differently because their lawns were looking a little different. Once we heard that feedback, we were sold.”

To date, the Silva’s have purchased five Walker Mowers. Val says they will surely buy more as needed, especially if the company continues to grow and add crews. That will happen naturally, though.

“One of the big things for our company is managing growth at our pace,” Val says. “The other thing we always think about is the quality of our work. We don’t want to get into any contract if we aren’t certain we can manage it and give it our all. We’ve been in business for 30 years now. At the end of the day, our reputation is our most valuable asset. The moment we start pursuing that dollar sign and the quality of our work suffers, we know we’ll end up putting a big stain on our reputation. That is not an option for us.”

The other thing that isn’t an option for the Silva family is the failure to put family first.