From Zero to 65 in Four Years

Brenda Bailey always enjoyed mowing and gardening. Her dream was to one day put the leisurely pursuits to work in her own company. The dream came true four years ago when she quit her job of 13 years and started mowing lawns in her neighborhood.

“One of my first mowers was a Ferris. I liked it well enough, but it was just too big for the residential properties I was maintaining,” she recalled. “When a friend asked me to help mow a 55-and-over community, it became obvious I needed something more compact and maneuverable. He suggested a Walker Mower and that’s what I purchased, a model T25i with a 52-inch GHS deck.” 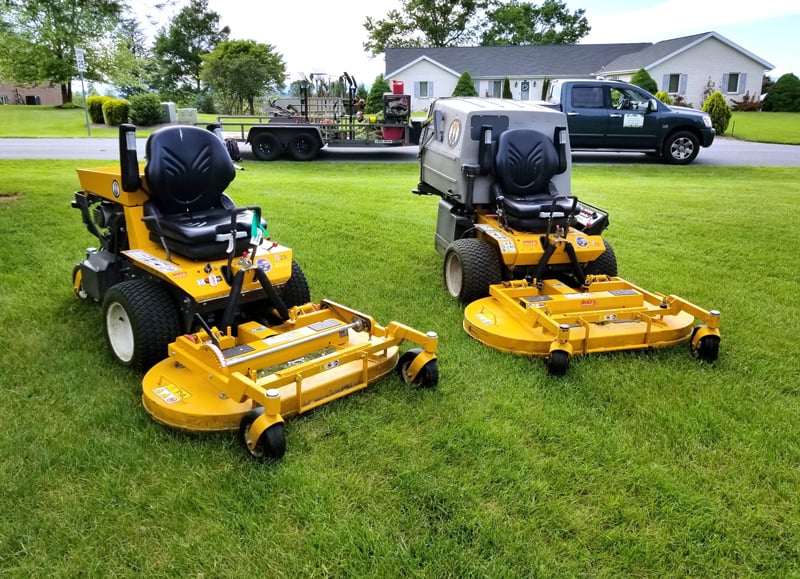 Creative Hands Landscape Design purchased its first Walker Mower, a T-25, two years ago. The young company now has a second one, a B23i with a 48-inch mulching deck.

That was two years ago in August. Now, Creative Hands Landscape Design, located in Shippensburg, PA, has another Walker Mower, a B23i with a 48-inch mulching deck. The young company also has a mulching deck for its first Walker Mower, along with a dethatcher and snowblower attachment.

Brenda initially worked alone. Two years ago, her sister Cindy joined in to lend a helping hand and has since stayed on full-time. Together they “touch” 65 accounts.

Brenda said “touch” because her company doesn’t provide full-service on every property every week. Some customers want their lawns mowed bi-weekly and others may choose from a menu of services that includes seasonal color, mulching, dethatching, shrub and tree trimming, and even power washing. Last year, the snowblower attachment was also put to work on 22 driveways. 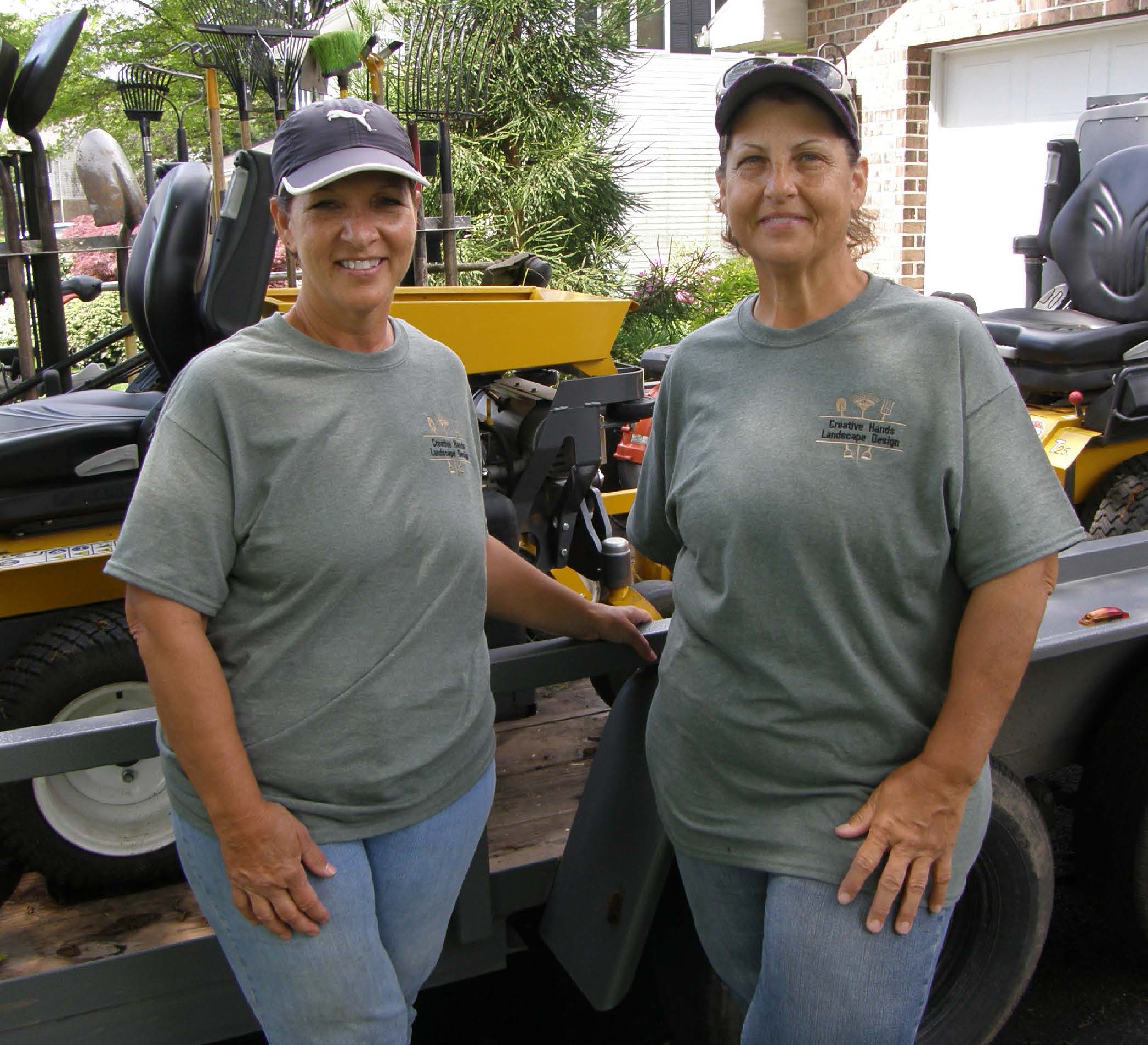 Brenda Bailey (on the left) initially worked alone. Two years ago, her sister Cindy joined in to lend a helping hand and has since stayed on full time.

Still, mowing, which the sisters do five days a week, accounts for most of their work, and handling grass clippings was becoming counterproductive for them.

“We were spending too much time picking up clippings, putting them in the trailer, and dumping them. Time is money, which is the main reason we went with the two mulching decks this year,” Brenda explained. “They do an awesome job, although it’s been so wet, we can barely get on the properties to mow, let alone take advantage of the mulching feature. Since the first day of spring, we’ve had more than 17 inches of rain and there’s no end in sight. Actually, our rainy season started last August, and the additional moisture caused the mowing season to begin early this year, in April.”

The inclement weather has also delayed landscape renovation projects, forcing Brenda and Cindy to work extra-long days. The work doesn’t faze them, even though Brenda admits to first having doubts about her ability to handle the physical aspect of her new career.

“You don’t see many women working in the industry,” she said. “Even customers were skeptical at first, thinking I would do the estimates and then hand off the work to a crew.”

That didn’t happen and the sisters have since proven they’re not going to be outworked by any crew, male or female alike. In addition, their attention to detail has become an effective marketing tool.

Brenda and Cindy have found that women are generally more detail oriented than men. Growing up together and working side-by-side for the last two years also makes them an efficient team.

Each property is treated as if it were their own. “Customers appreciate that,” Brenda said.

Cindy’s passion is cooking, not mowing lawns and landscaping. She came on board because, in her words, “The business was growing so fast that Brenda needed help.”

It has since grown on her, as well.

“I enjoy being outside versus being behind a desk, and the fresh air sure beats standing behind a hot grill,” she added. 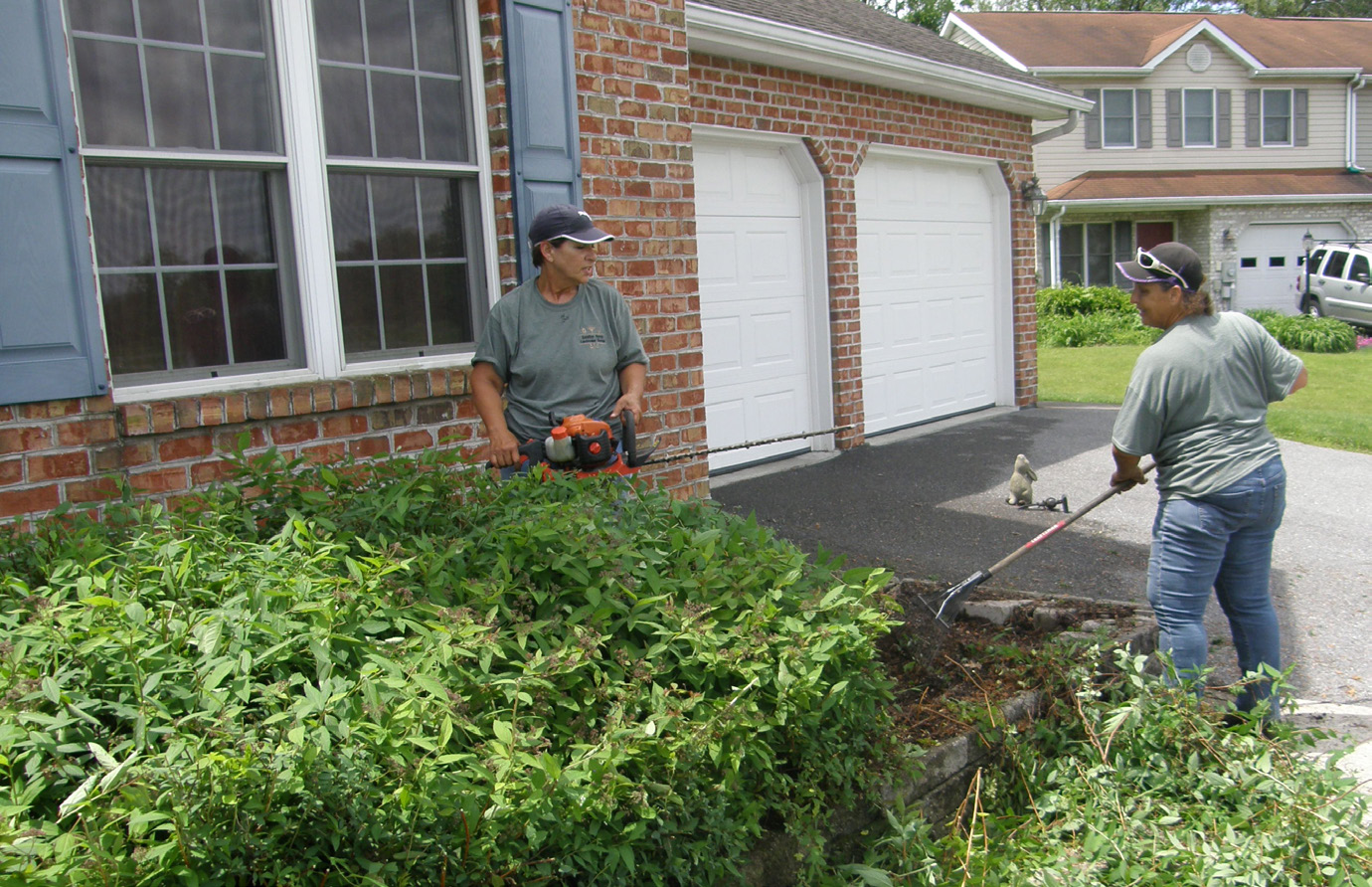 Growing up and working side-by-side for two years, Brenda and Cindy seem to communicate intuitively. The sisters enjoy seeing the results of a hard day’s work and getting a property to look nice.

More than anything, though, both enjoy seeing the results of a hard day’s work and getting a property looking nice.

That’s where the Walker Mowers come in, noted Brenda. “Customers tell us we don’t just mow a lawn, we manicure it,” she said. “I think the floating, out-front deck makes a big difference in cut and appearance, and being able to get under fence lines saves so much trimming time. We also have automatic deck-height adjusters, which are time-savers, as well.”

The sisters transport their Walker Mowers on a 16-foot trailer pulled by a Nissan Titan pickup. They also have a second trailer for yard debris, and there’s enough work now to entertain the thought of bringing in someone to manage the landscaping side of their business, freeing up more of their time to mow.

When she started the business, Brenda planned to grow it gradually and one day get to the point where she is less hands on.

With Cindy’s help, and the Walker Mowers, she’s already gone from zero to 65 in four years. Add in their shared experience, more help, and a little cooperation from Mother Nature, and reaching that goal will likely be closer than she thinks.