Greenwood Village "Excellence is our Standard" 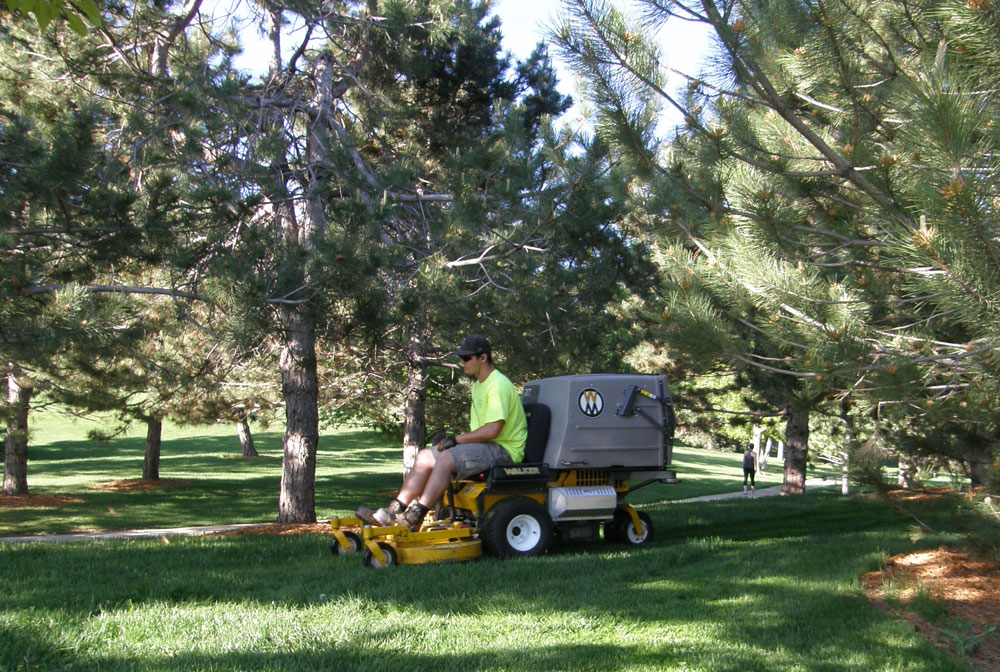 Located only 10 miles from downtown Denver and split right down the center by heavily trafficked I-25 is Greenwood Village, a community of 15,000 plus residents. Unlike most metropolitan municipalities, however, this city is dominated less by noise and congestion and more by green space. In fact, Greenwood Village features 17 parks, including smaller neighborhood “pocket parks,” two destination and two equestrian parks, several recreation fields, not to mention lengthy connecting trails.

Maintaining this extensive park system falls under the auspices of the city’s Parks, Trails, and Recreation Department and Parks Manager, Dustin Huff. 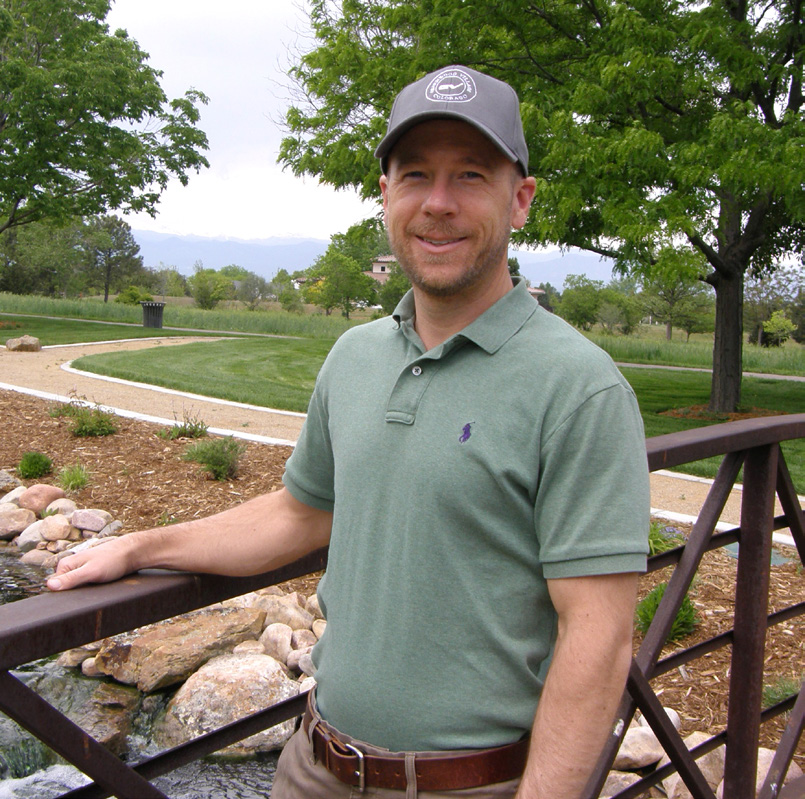 “I think one of the biggest challenges for most everyone here, including the 34 full-time employees who work in the parks department, is maintaining the high standards set by the Village and our residents,” Huff said. “It requires balancing priorities and dealing with unpredictable weather so characteristic of this part of the country. In fact, just a few weeks ago a major May winter storm dropped eight inches of heavy snow. The event wreaked havoc on our trees, which dropped branches everywhere, causing us to reconfigure our work schedule to come together as a team to clean up the village in a very short period of time.”

Storms or not, there’s never a day when employees are at a loss for for work. In addition to maintaining approximately 200 acres of turf weekly, the department is responsible for the city’s urban trees; horticulture beds; infrastructure that includes playgrounds, bike racks, benches, railing, fences, trash receptacles, and more; along with an extensive irrigation system for the recreation fields and developed turf.

Speaking of challenges, Jordan said one of hers is getting everything done.

“Four days a week, we’re mowing the parks, with crews splitting duties between the east and west sides of I-25,” she said. “Nearly a dozen Walker Mowers use their front decks and maneuverability to mow under the many trees and around other obstacles, leaving the grass looking neat and trim. We use two Toro wide-area mowers for open areas in the parks and the recreation fields, some of which are mowed twice a week. In addition, two John Deere out-front machines mow the trails.”

She mentioned the Walker Mowers have been a staple, working in the parks for several years. 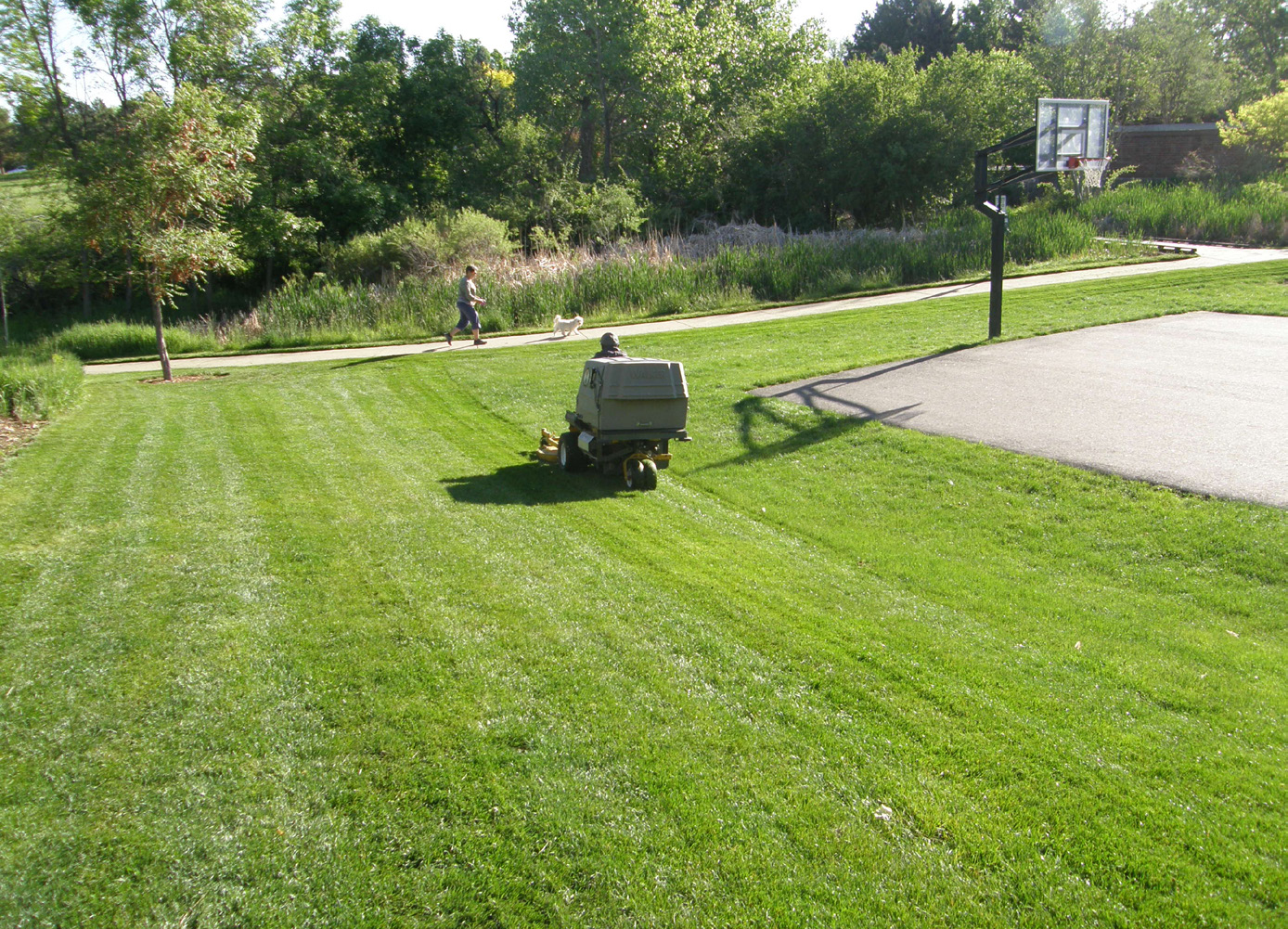 At Silo Park, bluegrass and native flora make a pleasant contrast for trail walkers. Training on the Walker Mowers is required before employees are allowed to take on the bluegrass.

“The Village was even using Walker Mowers when I came on board 23 years ago,” Vehrs added. “Today, the fleet consists primarily of all MT 25i units, each with 42-inch GHS decks. Four 48-inch mulching decks can also be employed to break down clippings that add nutrients to the soil. As important as the mowers are for the mowing season, they truly demonstrate their worth during fall leaf cleanup.”

He noted they can also be equipped with dethatchers and an edger attachment, which takes the footwork out of trimming away grass from the many walks.

“Ryan and I have approximately 240 pieces of equipment to maintain and repair, and all are on a maintenance schedule like the Walker Mowers,” Vehrs said. “In addition to following the recommended service intervals, we give the mowers an overall inspection every 100 hours, and an even more thorough inspection over the winter.”

Long before Greenwood Village became a municipality, its first settlers were attracted to the area searching for gold. Later, in the early 1900s, the land proved to be fertile for both farmers and ranchers. More than 100 years since then, the area continues to serve as an attraction, with the city’s parks inviting families, residents and nonresidents alike, to enjoy the outdoors, playground facilities, walking trails, open spaces and water features. One of the two destination parks, Westlands, even has an art exhibit, tree house observatory, and an area where children can test their musical skills by playing outdoor instruments.

Throughout the park system, approximately 90 percent of the developed turf is bluegrass, yet in locations like Silo Park, the hardy grass shares space with more native varieties to help retain an ecological balance.

In another small neighborhood setting, the park features a waterfall and seasonal color to provide an interesting and relaxing environment for visitors, with truly spectacular views of the front range.

“It’s something of which we are especially proud since it was designed and mostly built in-house by the Parks, Trails, and Recreation Department,” Huff said. 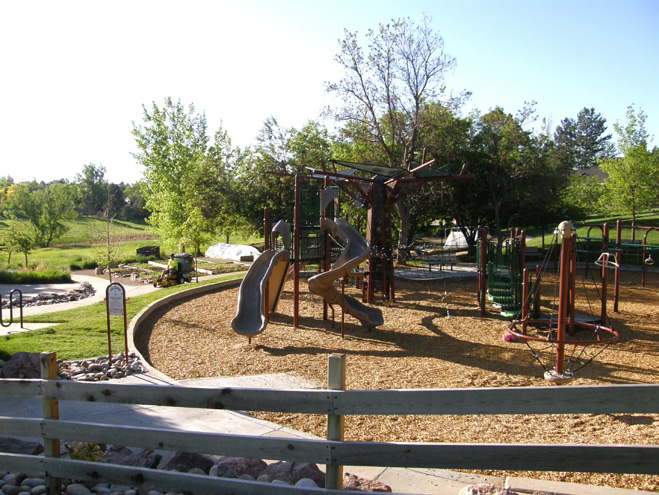 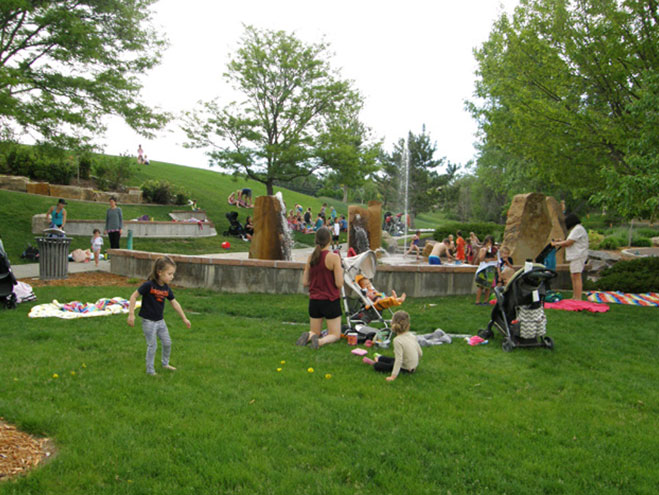 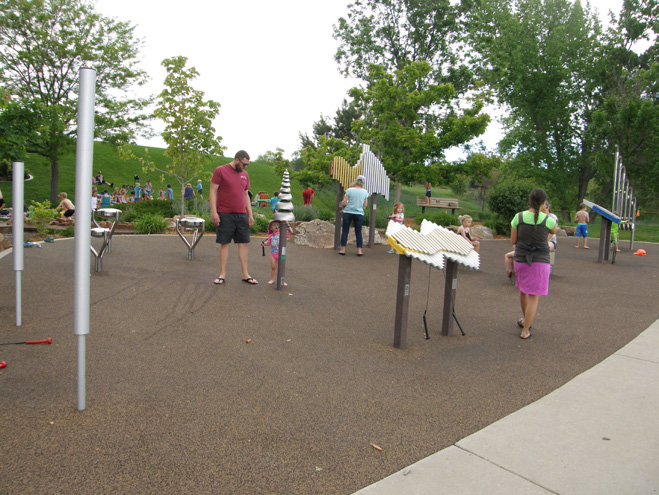 Playgrounds, water features, and outdoor instruments attract residents and nonresidents alike to the variety of parks in Greenwood Village.

The city’s commitment to sustaining green space, and a culture that encourages employees and residents alike to take ownership in the park system is what brought Huff back home.

Growing up just outside of Greenwood Village, he previously worked with South Suburban Parks and Recreation before moving to the mountains for nine years. There he worked with the Town of Breckenridge prior to accepting the position as parks manager almost two years ago.

“I’m fortunate to have such a great staff, people who’ve been here for many years and who deserve the credit for sustaining and enhancing the parks,” said Huff. “The Village cares for its employees and ensures they have the right equipment and proper training for not only getting the job done, but doing it in a safe manner. Each morning our department starts off with a stretching regimen, and we have refresher safety sessions, weekly safety talks, and safety videos that are accessed on-line.”

He noted his department also employs 10 summer seasonal workers, some of whom learn to operate Walker Mowers.

Viewing a Walker Mower training video, practicing operating a mower in a parking lot, and even going through a small obstacle course is a requisite before taking on the bluegrass.

“Excellence is our standard,” Huff reemphasized, whether it involves training employees, maintaining the parks, or renovating parks and open space like Running Fox Park. “Setting the bar high for what we do and how we do it is contagious and becomes a catalyst for ensuring the bar continues to move in the right direction.”