Frank Granata has uncovered a niche in Glendale, Arizona. That niche is apartments, 33 of them to be exact, ranging in size from 200 to 700 units. Five crews provide the weekly maintenance, two offer installation and enhancement services, and yet another tends to palms and other trees. Greenscapes also fertilizes its properties five times a year and installs and maintains irrigation systems, the lifeblood for desert Southwest properties. 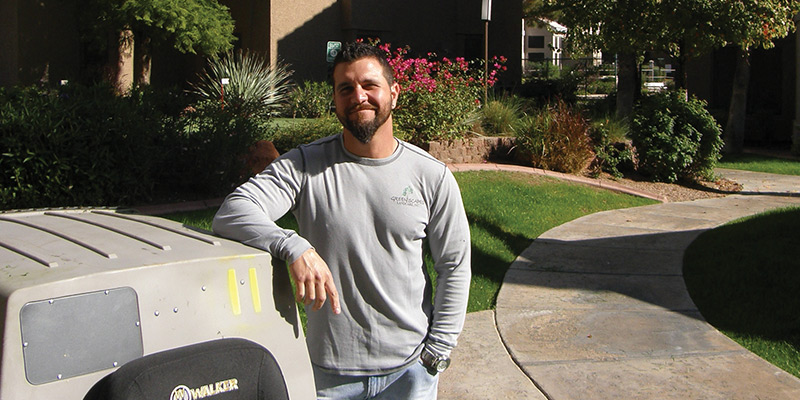 A company this size—with 55 employees, eight crews, 10 Walker Mowers and a plethora of other equipment—normally operates out of a large facility with a considerable management staff. In this instance, the opposite is true. Granata and his wife, Antoinette, conduct business from their home and have enough room on a two-acre lot to park trucks, trailers and equipment.

“If we get much bigger, we will have to move the operation,” Granata admits. “Right now, we’re at a comfortable size. Crews know what they have to do and I spend days checking on properties and checking with property managers. More growth would require another layer of management, and I enjoy being involved in the business and with the crews on a daily basis. I guess you could say I don’t subscribe to the theory of ‘working on instead of working in your business,’ at least not yet, that is.”

Granata started his business in 2004 after purchasing a small portion of his future father-in-law’s landscaping operation. At the time, he enjoyed the creative side of the industry and concentrated on installing and renovating landscapes. Maintenance soon followed to ensure consistent cash flow.

“One of my first moves was to add a maintenance crew,” Granata relates. “I eventually gravitated to the apartment market for a couple of reasons. Yes, it’s competitive, but not as competitive as the residential market. One crew can do a property in a day, which cuts down on windshield time, and I can do a quality check by making one stop instead of several. In addition, with apartments, I only have two people to answer to: the property manager and on-site maintenance supervisor.”

If there’s one drawback, Granata drives 150 to 200 miles a day in Phoenix traffic and logs hours of phone time directing enhancement and installation projects that account for 30 percent of his work. He’s involved, however, which is exactly what he likes.

Walker Mowers became part of Granata’s operation early on when he outfitted his first crew with two used models. Today, each of four crews operates with two 23-hp Walker Mowers with 42-inch GHS decks. Another crew has one Walker Mower. There’s one more in the shop on reserve.

“I’ve gone exclusively with Walker Mowers for two reasons,” Granata points out. “They’re very easy to work on. In fact, it takes me only a minute or so to change any belt right in the field. Furthermore, there’s no other riding mower I’ve seen that leaves grass as beautiful as a Walker Mower.”

Trailers also include two Honda push mowers for small areas. They come in handy during the winter, Granata adds, when a riding mower may be too heavy for maturing ryegrass

Walker Talk visited Greenscapes in December. The ryegrass had been up less than two months thanks to an unseasonably warm fall.

“Ryegrass doesn’t do well in excessive heat,” Granata notes. “Normally, we throw down rye seed in October and get our first cut maybe two to three weeks later. The ryegrass goes through May when it gives way to Bermuda for the hot, summer months. In September, we shut off the irrigation and start scalping the Bermuda. Each week for three weeks, we drop the mower deck down a notch before seeding again with ryegrass.

“The heat in the summer is brutal, but you just grin and bear it,” Granata continues. “That’s one unfortunate thing about working with apartments. Crews can’t start working until 7 a.m. Before the summer heat sets in, we conduct a dehydration safety meeting, alerting crew members to symptoms and advising them about how much water they should be drinking. Our employees, though, are experienced and savvy about how to work in the heat.”

Antoinette juggles being a stay-at-home mom with two young girls and running the business side of the company. “We grew maintenance pretty quickly and I’m sure we could get bigger in a hurry if we wanted to,” Granata says. “Antoinette feels comfortable with our size right now and being able to work at home, but things may change as our children get older. Adriana is seven and Gabriella is nine. 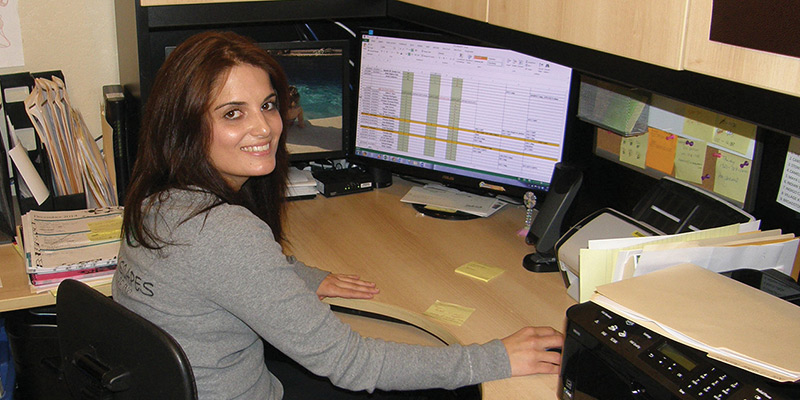 “We’ve never done any advertising,” Granata continues. “Instead, our growth has been the result of relationships we’ve developed with property managers. They know how they want their properties maintained and our job is to deliver on their expectations. That’s one main reason why I don’t want to get bigger. It would detract from my ability to be hands-on with the properties and maintain that close relationship with the managers. Already, we are adding one more maintenance crew next year.”

As Granata points out, though, the maintenance business carries with it some inherent growth potential. The two installation crews and the tree crew provide additional services to the apartment complexes, and there’s always work to be done upgrading irrigation and drainage systems.

Granata stopped by one property where a crew was installing dry wells designed to collect and then pump stormwater into drains. He walked over to chat with Scott Haeussler, the company’s irrigation expert and second in command. Haeussler explained that the Phoenix area suffered through three major storms last fall that dropped roughly 10 inches of water. Several apartments on this property were flooded out. The wells should prevent that from reoccurring if it were to happen again, Haeussler notes.

“Scott (Haeussler) is an industry veteran who helps supervise our properties,” Granata points out. “His knowledge and experience are indispensable, especially on large projects like this. Generally speaking, the maintenance crews need minimal supervising.”

Still, Granata conducts a quality check on their performance daily and monitors their gas consumption using a fleet account. “We spend approximately $10,000 per month on fuel,” Granata says. “The gas company sends us an accounting of how much gas crews use and when they fill up. It’s not like we’re playing big brother, but it’s good for them to know that we pay attention. It is also part of being efficient on jobs and keeping costs in line.” An app Granata uses to measure properties and his Walker Mowers also contributes to efficiencies.

“The residential market is extremely competitive, in large part because anyone with a truck, trailer and mower can gain entrance,” Granata emphasizes. “With apartments, however, entrance is more difficult because you have to be insured and licensed. Once you develop a good relationship with a property manager, you can grow your business if you keep them happy. That’s why I like to say I’m my biggest competitor.” 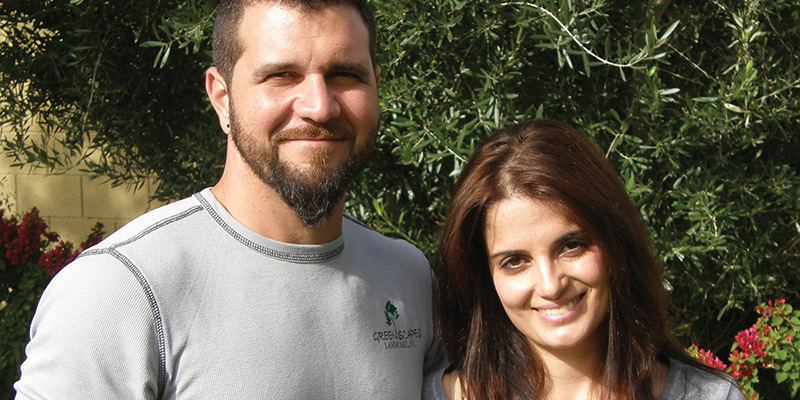 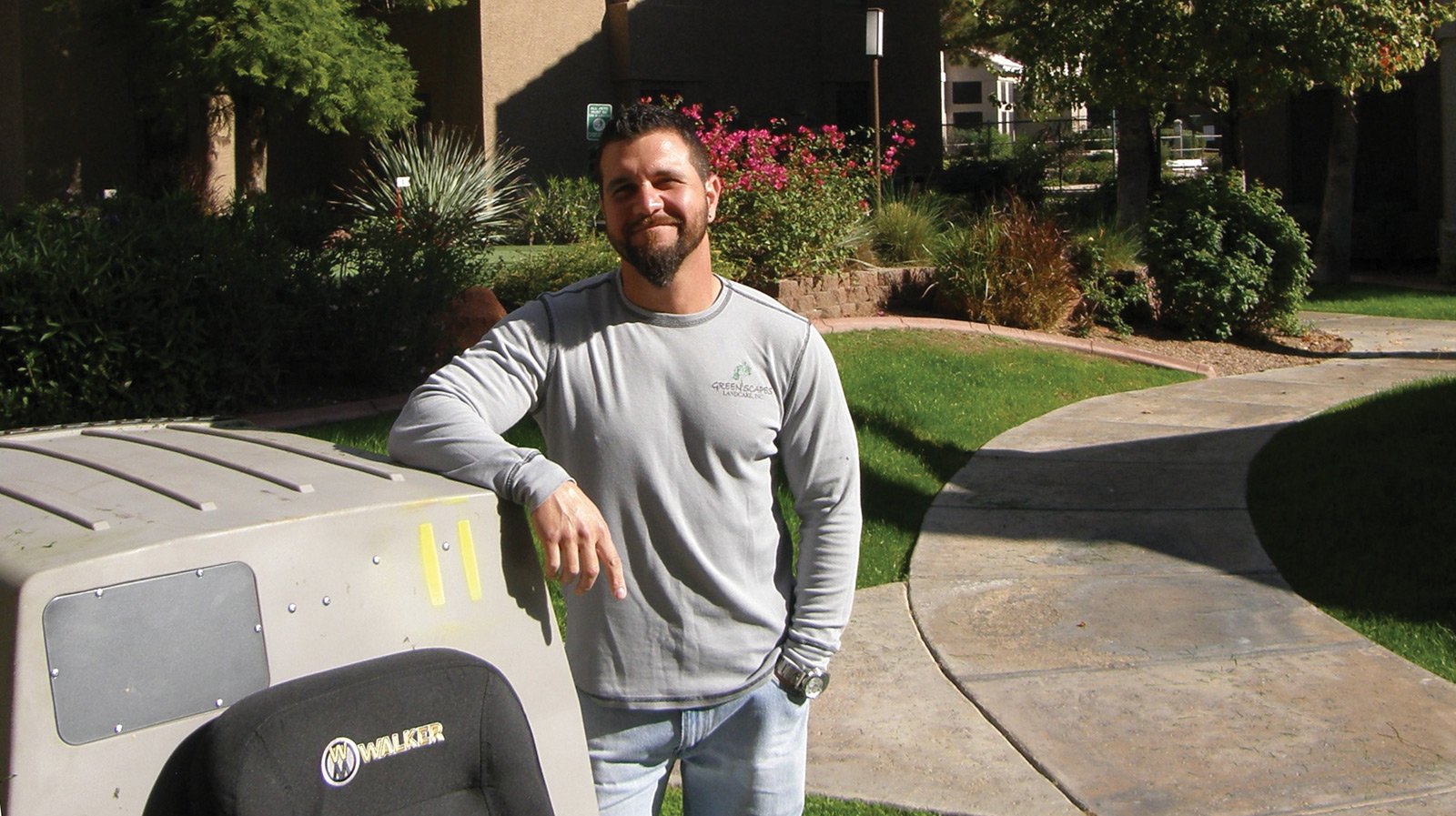