Chris “Babe” Predella is 28 years old. His company, Babe’s Lawn Care, in Brimfield, Massachusetts, employs 11 people, fields five crews, and offers fullservice landscape management to 200 customers. He does snow removal, and prior to the first snowfall delivers 300 full cords of firewood to customers. To make life even more interesting, this year he purchased a 15-acre plot of land with an office and garage. 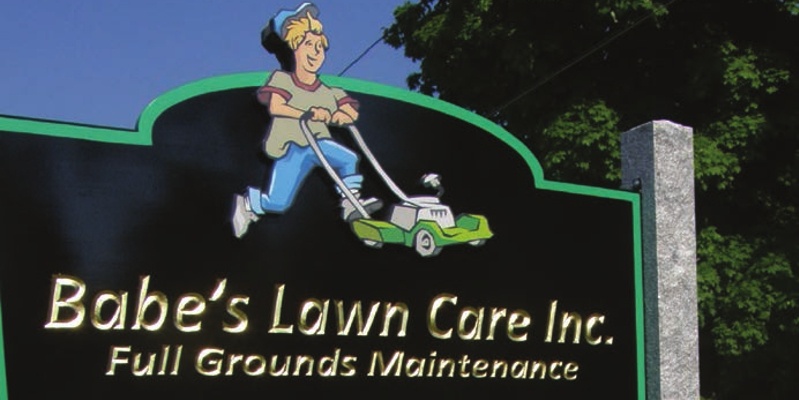 Despite the “moving parts,” long hours and hard work, the owner says “I’m living a dream”, one that began when his grandfather drove him to a local hardware store when he was 11 years old. “I had been mowing a few of my neighbors’ lawns and my grandfather thought it was time I had my own mower,” Predella recalls. “I purchased a 22-inch Murray push mower and proceeded to mow seven lawns that year.”

Predella continued to grow his business throughout junior and senior high school while working part-time at a local collision shop. A Craftsman rider, along with a truck and trailer to haul around his equipment, gave revenue a boost. The additional income also gave the young entrepreneur some food for thought as he headed off to college.

“I left after my freshman year,” he relates. “It drove me crazy knowing that while I was sitting in class I could be making money instead.”

Predella doesn’t regret leaving school early. However, he says it wasn’t the best move he ever made. Purchasing a Walker Mower was. That happened in 2006 when he was 21 years old. “I saw the machine, a 26-hp EFI model with a 42-inch GHS deck, at Preco Power Equipment in nearby Wilbraham. I knew it was the perfect fit for my properties. Yet I was nervous; it was a large investment for a young kid. I called my father and mentioned that I wanted the mower. When I told him it sold for around $13,000, he said, ‘WHOA!’”

His dad, however, wasn’t a business partner, only an advisor, so the young contractor had the last say. He filled out a credit application. It was approved and he took home the first of what would later become part of a five-Walker Mower fleet, comprised of all the same models.

“The Walker Mower allowed me to give customers a beautiful cut,” adds Predella. “They love the stripes and tell me so, especially if I use my lone Dixie Chopper on their property for a day. Every mower has an application and I almost exclusively use the Dixie Chopper for wide areas. It’s fast, but it doesn’t leave lines. The Walker Mowers are ideal for my high-end residential properties, yet they are versatile enough so I can use them on almost everything else from hospitals and office complexes to HOAs.”

For two years after buying his first Walker Mower, all Predella did was mow lawns. He hired a good friend to operate a string-line trimmer and soon purchased a second mower to keep pace with customer numbers.

A third mower and another crew followed. From there he kept growing, providing crisp lines and, more importantly, good customer service. “It has been a natural progression,” Predella adds. “Mowing led to a mulch service. Customers wanted enhancement, too, so now two of my five crews install landscapes, including pavers and other hardscape elements.”

The company subs out the heavy digging, along with lawn care and irrigation installation and maintenance, to area contractors with whom it has had a long history. To facilitate a firewood business, Babe’s purchased a wood processor with a partner. “It is a hugne machine,” says Predella. “You can position nearly 10 trees on a deck and it splits them at a rate of 1.5 cords per hour.” 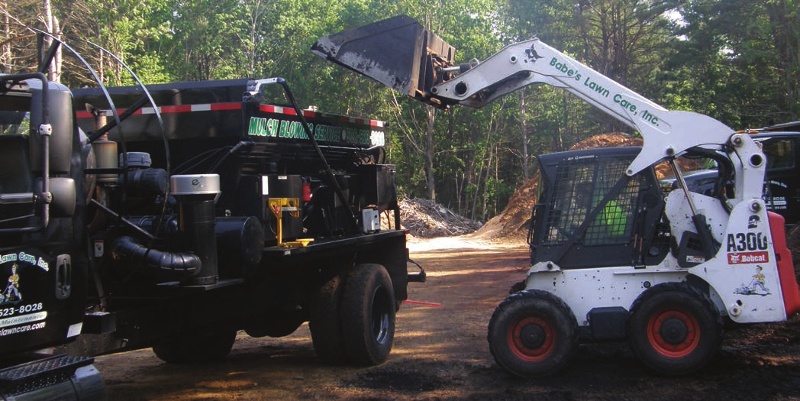 It’s all part of working smarter and not harder, he emphasizes. It’s a philosophy that brought a GPS system on-board trucks this year to economize routes and previously encouraged him to hire an office manager.

He explains, “My mother worked for an insurance company and when the business started to grow, I asked her if she would consider working for me, at least part time. I couldn’t pay her enough initially, but within a year I approached her again. She finally agreed to join the team and worked with me for two years.”

His mother retired last year. To keep the position within the family, Predella hired his girlfriend’s mother, Gabrielle Austin, to be office manager. “Both my mom and Gabrielle have done a great job keeping the office running smoothly,” he emphasizes. “All my employees, including long-time crew supervisor Carlos Ciliano, have been instrumental to my company’s growth.

“I have great employees,” Predella continues. “I try to treat them well, pay them well, and be there with them on job sites. In fact, I tell my customers I work for my employees and not the other way around. If they need me to do something, I’m there.”

He notes, too, that having quality equipment and keeping it clean makes a statement to his employees, just as it does to his customers. His lineup today is extensive. In addition to mowers and other lawn maintenance equipment, Babe’s operates eight trucks (all black and lettered) and two Bobcat skid-steer loaders, along with the wood processor and a mulch truck and blower, something he recently purchased to grow that service offering.

“I won’t buy new equipment until a previous purchase is paid for in full,” Predella adds, not to say he isn’t above taking a risk here or there. The wood processor and mulch truck were costly but have more than paid for themselves, and he expects his new property, on the main road between Sturbridge and Brimfield, to facilitate growth.

“I have enough space to stay at this location forever,” he concludes. “I have plenty of room for my equipment and landscaping materials, and someday I would like to start selling pavers, bricks, and virtually everything a customer would need for a landscape project.” 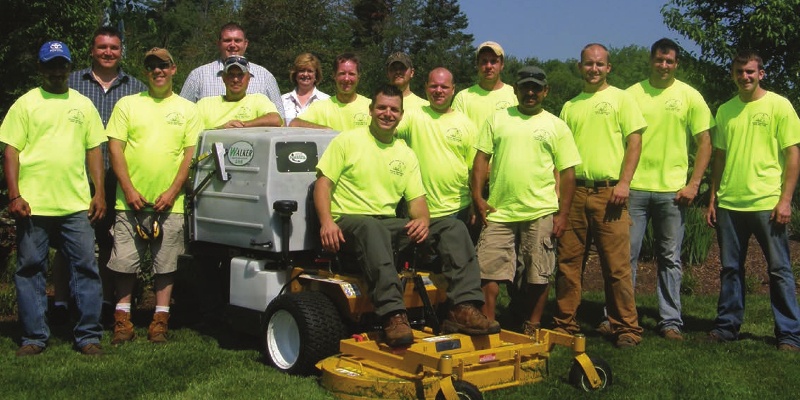 Babe’s owner says he wouldn’t be where he is today without his Walker Mowers. But his dreamscape and future would be less bright, as well, without his employees, family, suppliers and subcontractors, customers, and some old friends who were among his first workers, all of whom have played key roles along the way. 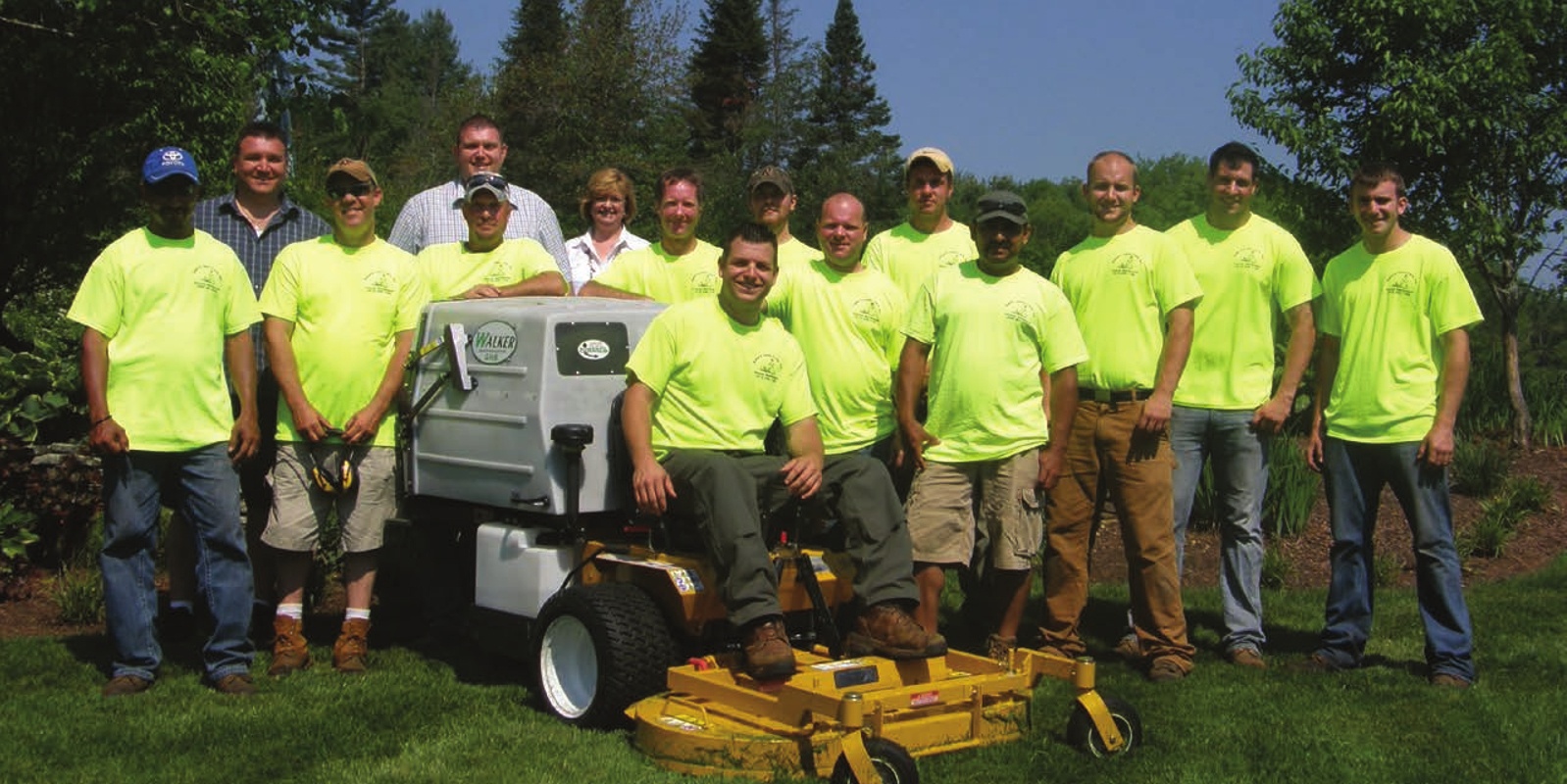