Ceiling Is Just a Word

In February 2014, brothers Seth and Schuyler Binion were featured in their local newspaper. Pictured with only a wheelbarrow, shovel and rake, they had just launched their new company, Okaw Prairie Landscaping and Lawn Care located in Tuscola, Illinois.

“Family comes first for us. A startup company can create a lot of stress, and we wanted to make sure that business wouldn’t come between us,” explains Seth. “So we essentially launched two companies at the same time. Schuyler, who went to school for landscape design, operates the design/build company. I run the maintenance company.”

Their five-year plan calls for them to eventually purchase some land in town and form a single company. Until that time, they will work out of their homes, occasionally subcontract to one another, and focus on building their book of business.

Neither of the owners anticipated their fast start. “I expected to plant a few shrubs and to renovate some small landscapes at first,” relates Schuyler. “Instead, I received a couple of substantial hardscape installations. Just this past year, Seth won a bid for a rather high-profile outlet mall, bolstering his growing list of residential and commercial properties.”

Despite their fast start, both companies operate with a lean workforce— three in maintenance and two in design/ build—for a total of five full-time employees including the owners. They bring on additional part-time help in the summer as work dictates.

The brothers have big plans that likely will outgrow Tuscola and surrounding communities in time. Champaign/ Urbana is only 30 miles north, and there’s no question they will go where there’s work.

They confess to having a strong work ethic, something their father and grandfather instilled in them. In fact, their companies’ names honor their grandfather, whose farm was called Okaw Prairie. Their younger brother, Sam, also works with Seth, and there is potential for more sibling involvement later on since there are eight brothers and two sisters in the family. 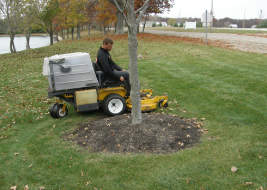 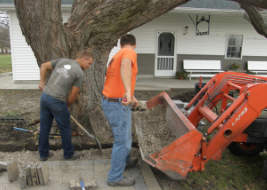 The Binions didn’t go into business blind, having previously worked for another landscape contractor. They left to start their own company after attempts to buy that company fell short.

Schuyler explains, “Our career paths had reached a dead end. The owner, with whom we are still friends, knew that and offered to sell us his company. But the deal never materialized so we went on our own. It was a big step for us, not so much with the technical aspects of landscaping and maintenance, but with the business side.”

Marketing, however, was not an issue. Growing up in the area, they had several contacts. After that initial exposure in the newspaper, their relationships generated work for them and word of mouth kept the wheels turning, including those on their Walker Mowers.

“The company we left had Walker Mowers. We liked their cut, their maneuverability and their versatility being able to handle a variety of attachments,” says Seth. “Yes, I have a long list of reasons why we like the machines, but equally important to their features is the service we get from our Walker dealer, Power Plus Equipment in nearby Arthur. From the start, its service department didn’t favor larger companies over us. Owners Dave Stutzman and Paul Yoder gave us the same top-level of service they gave to larger companies even though we only had one machine.”

Currently, the Okaw Prairie duo have more work than they have resources, but if hard work and desire rule the day, that will change. “We don’t see a ceiling,” adds Schuyler. “Seth and I want to work hard and grow.”

They readily admit that it won’t happen by their efforts alone.

“We’ve been blessed with so many people helping us along the way,” says Seth. “My father co-signed a note with me so we could purchase that first Walker Mower. Thanks to the mall work we won this year and another big project in the works, I should have little problem getting financing for a Model H.

“Our parents and grandparents and siblings, along with our extended families and our church, have all helped out and given us advice. I would be remiss if I failed to say that our faith has played a big role in our success, because it has.”

Schuyler agrees, adding, “Both of us strive to live by the golden rule and always treat people with respect. It’s not only the right thing to do, but it goes a long way with our customers and our employees.”

Schuyler includes in that list his full-timer, Kyle Gingerich, who happened to be his boss at the previous company. Kyle took a job managing a couple of sandwich shops in Alabama before coming to work for Okaw Prairie. “We’re very fortunate to have him,” adds Schuyler. “He has a ton of experience, knows what needs to be done, and has taken the design work off my table so I can do more selling.”

Seth feels equally confident about his team, with brother Sam and Jeff Yoder. “Sam is 21 and works hard even though he hasn’t decided yet if he wants to buy into the business. Jeff is a born leader. We also have two other brothers who work for us now when we need extra help. That’s an especially important resource in an industry where good workers are hard to find.”

If there’s a ceiling to their growth, it won’t be for lack of having a good work ethic, the right equipment and support network. The local market and the economy will have something to say about the future, but right now “ceiling” is just a word, not an obstacle. 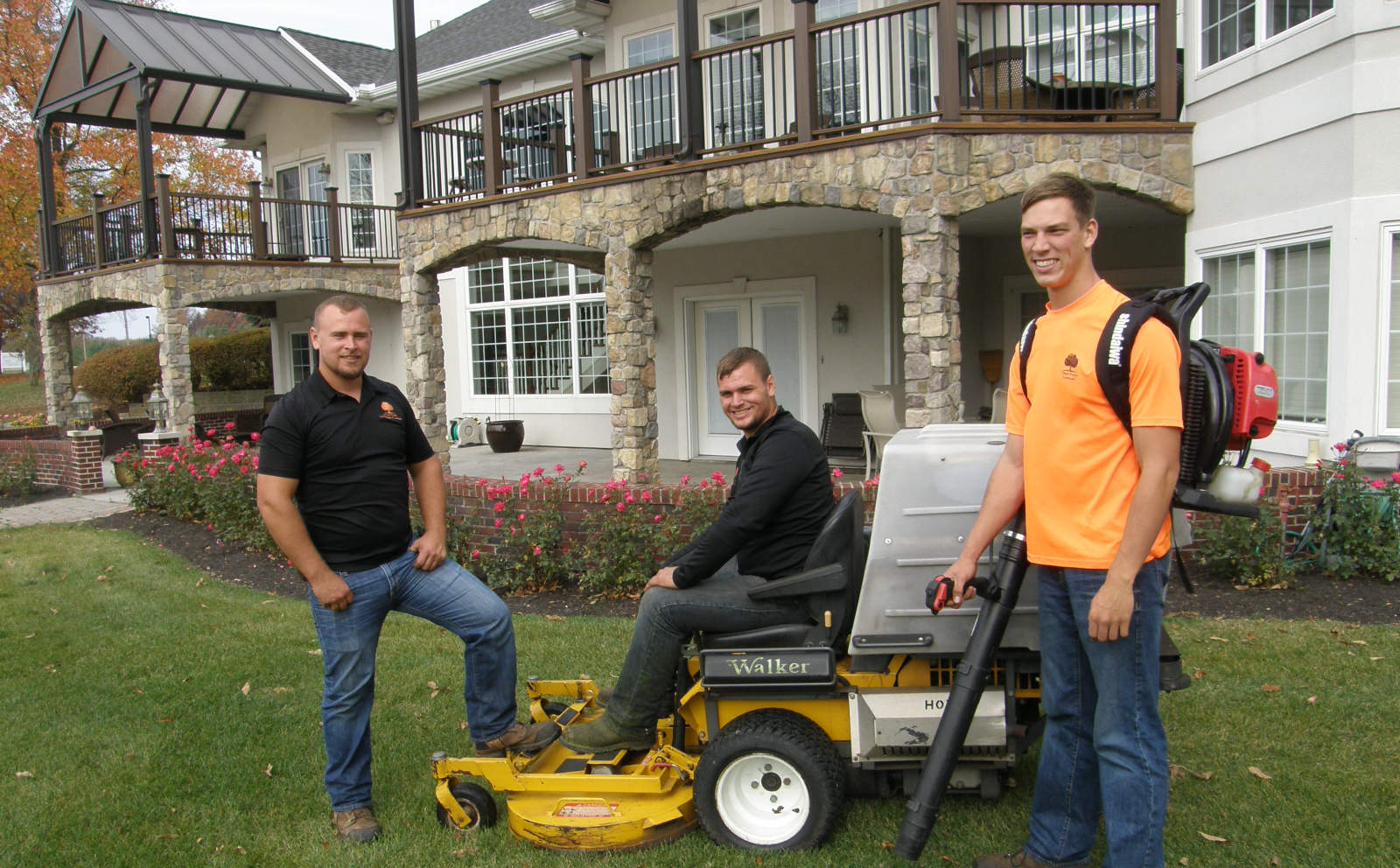