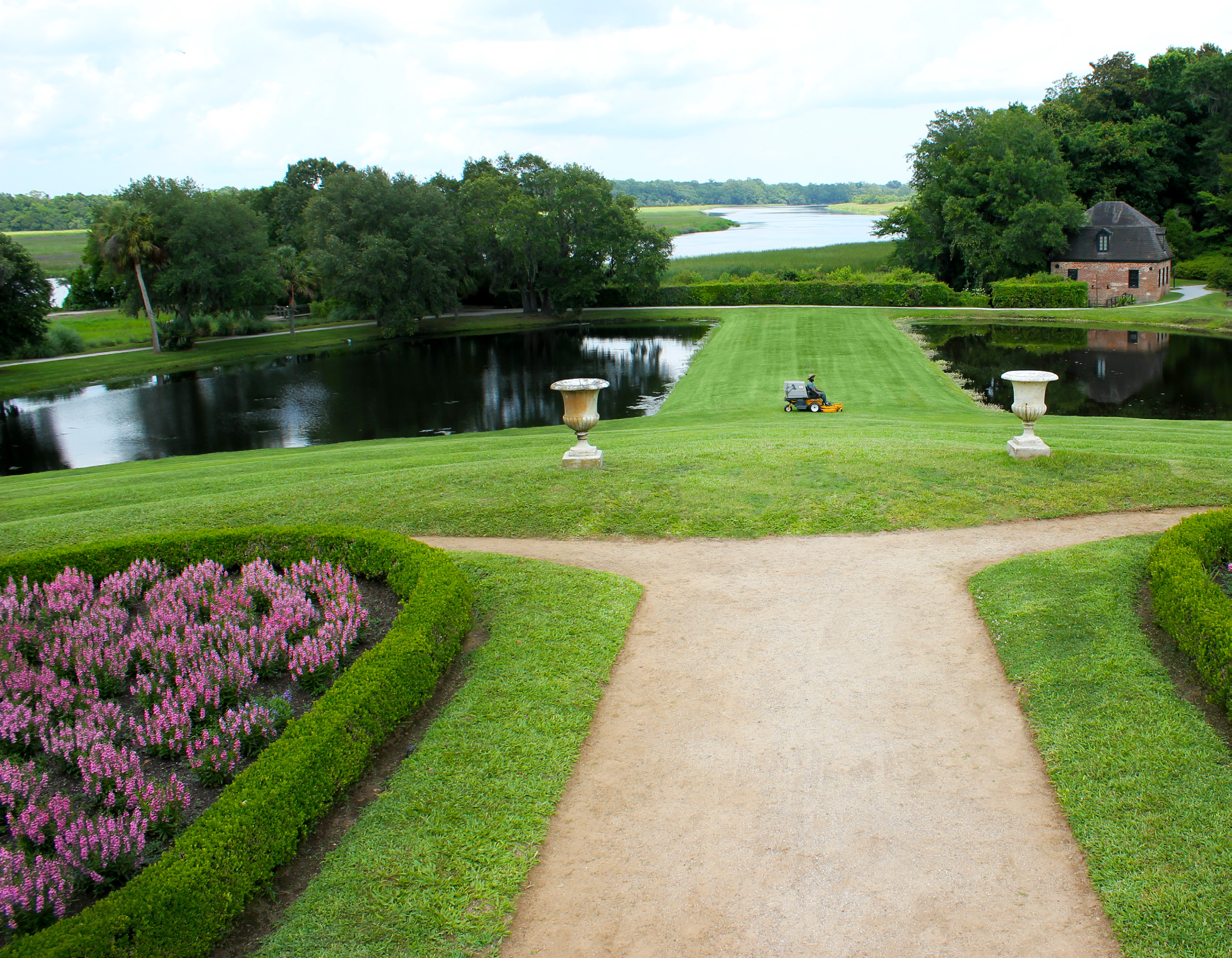 If you plan to visit Charleston, South Carolina, make room in your schedule to spend a day at Middleton Place. This National Historic Landmark features beautiful display gardens, a house museum, stable yards and craft shops, all recreating early 18th century plantation life in the South.

The gardens alone, said to be America’s oldest landscaped gardens, are worth the visit. Comprised of “individual rooms,” flowering hillsides, and vista-inspired terraces and lakes, the gardens take up more than half of this 110-acre setting.

Director of horticulture, Sidney Frazier, has been with Middleton Place since 1974.

No one is more familiar with the gardens and what it takes to maintain them than Sidney Frazier. The director of horticulture has been with Middleton Place since 1974.

“The 65 acres of gardens, lakes, ponds and paths also include 28 acres of turf,” says Frazier, who first worked summers at Middleton Place while attending high school. “We strive to mow all of the turf in two days, starting Monday at 8 a.m. and finishing up on Tuesday by 4 p.m. The majority is done with our two Walker Mowers, a Model D21d with a 48-inch GHS deck and a Model H with a 60-inch side-discharge deck.”

The grounds are mowed nearly year-round, and that includes mowing the cool-season ryegrass put down in November. Two mower operators tackle a variety of landscaped elements—from mowing large open areas to manicuring the inner garden rooms, including the Octagonal Sunken Garden that once served as a bowling green.

In addition to mowing and maintaining the turf, six full-time gardeners prune shrubs and trees, install seasonal color three times a year, weed and otherwise keep the gardens looking neat, and even rake two miles of pathways by hand, something that keeps them in step with the period.

“Our staff performs virtually all of the landscaping and tree care in-house except for larger tree-trimming jobs, [which] we contract out to Bartlett Tree Experts,” notes Frazier. “The trees are among the many highlights here. We have several hundred live oaks, including the majestic Middleton Oak that stands 85 feet tall with a circumference of more than 37 feet.”

Not to be overshadowed by these giants, the gardens are an interesting mix of native and nonnative plants. For visitors who are just moving to the area, they provide a natural outdoor classroom for some gardening inspiration. The gardens are beautiful year-round, but there are certain times, e.g., when approximately 10,000 camellias and 100,000 azaleas are in bloom, that Middleton Place becomes especially busy. 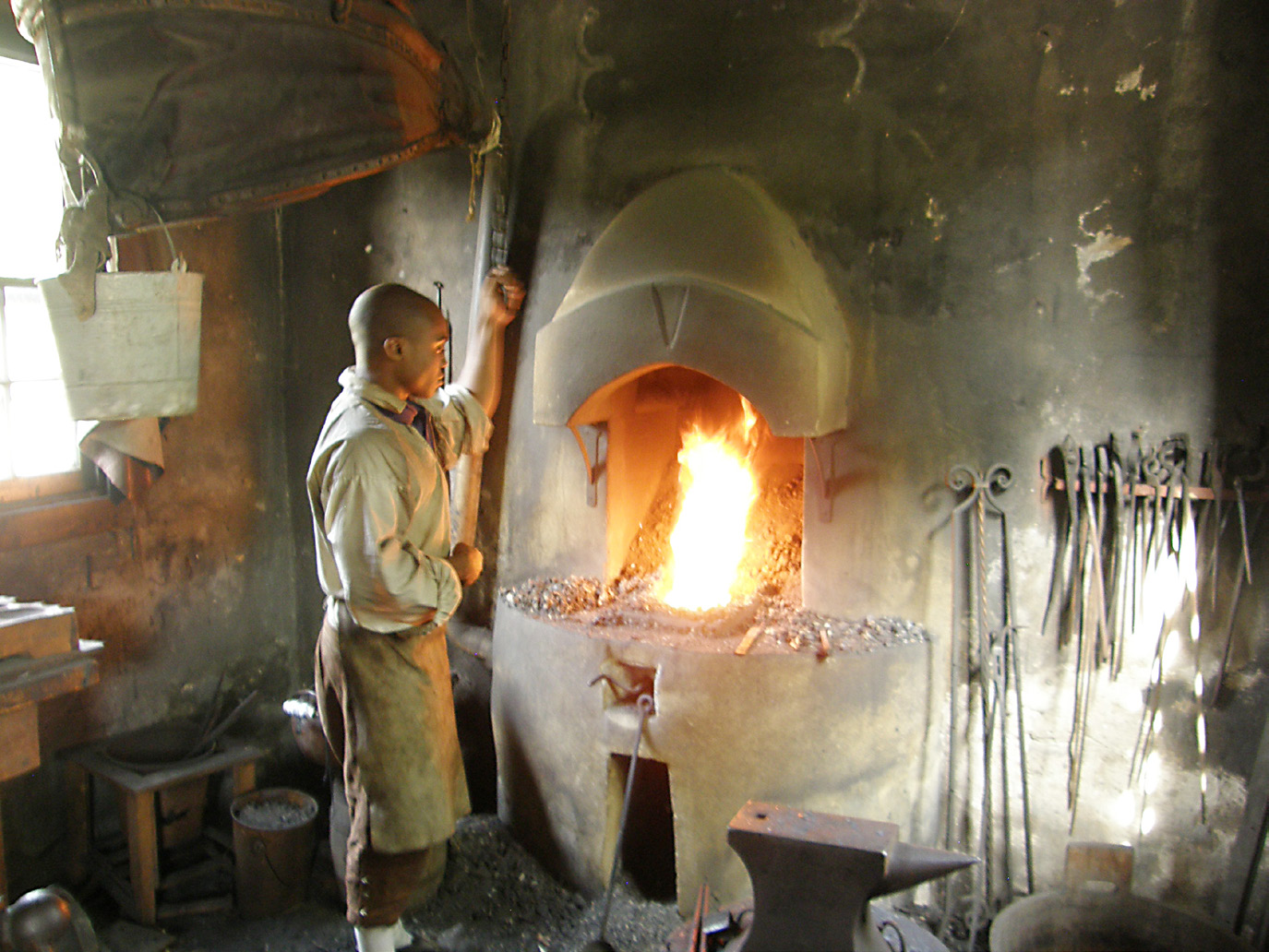 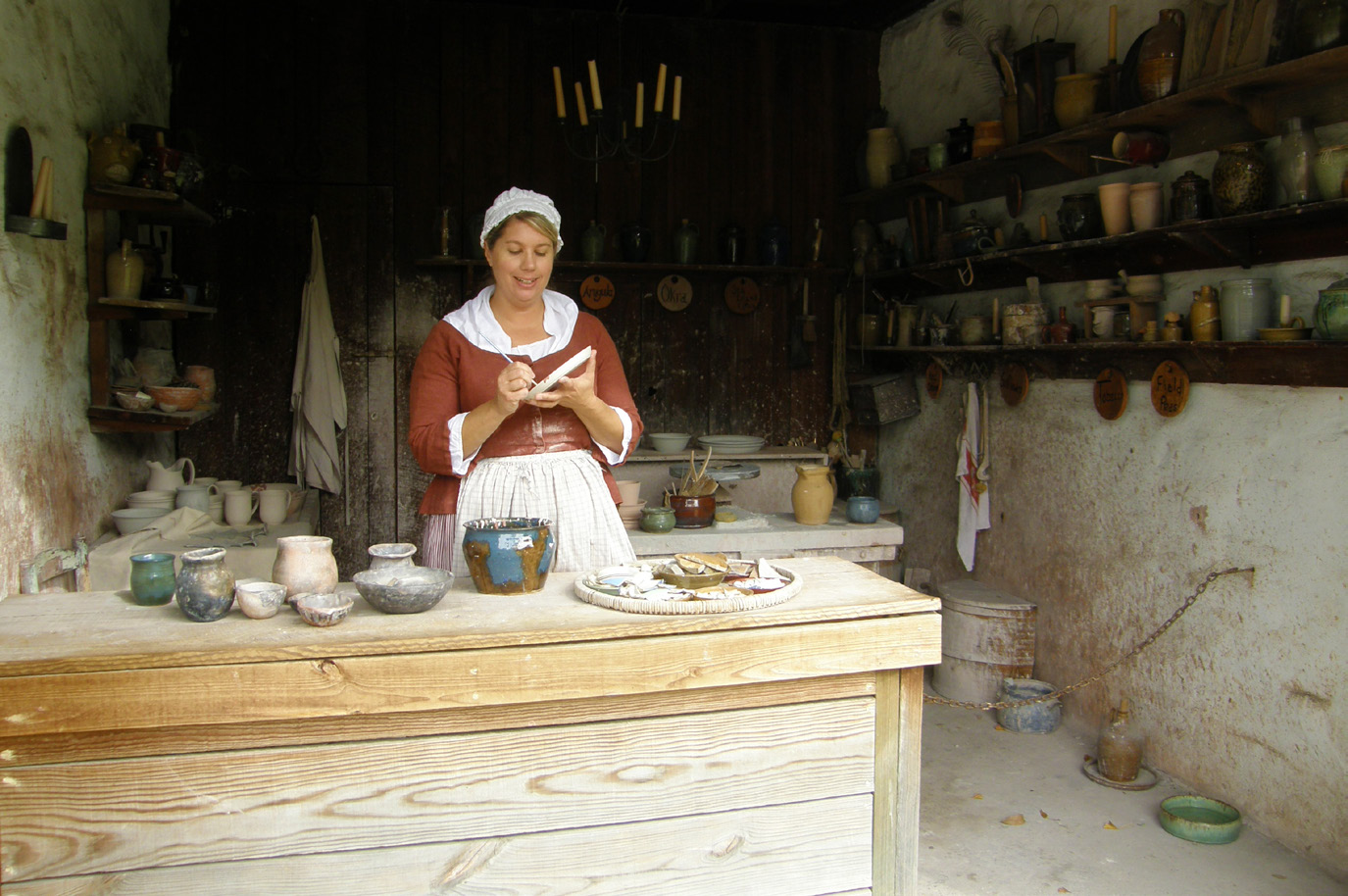 Shops that replicate what plantation life was like give visitors a glimpse into the past.

Frazier became the director of horticulture in 1981. Since then, he has assumed other responsibilities. Among them is managing the greenhouses, along with the building maintenance and janitorial departments. He was also instrumental in starting an organic farm to grow farm-to-table vegetables for the on-site restaurant. Altogether, it takes approximately 110 employees to maintain the landmark’s many moving parts.

Frazier says he began looking for a different mower eight years ago. “We wanted a machine that delivered a professional look, and could negotiate the terraces and slopes so prevalent around here. Most mowers can handle flat surfaces, but hills and uneven terrain often prove more difficult.

“Our first Walker Mower was the Model H, which impressed me on how much power it demonstrated going both forward and in reverse. Because of a low profile and other design features, it didn’t slide on the terraced areas and slopes like other mowers, and it delivered a nice cut.”

He continues, “We later purchased the smaller mower with a GHS deck, primarily to mow the garden rooms. The gardens are venues for several weddings a year, and the GHS deck keeps these areas manicured and looking very nice.”

When asked if mowing can become too distractive for visitors, many of whom become immersed in the setting, Frazier says no, not really. “We mow the most heavily trafficked area early in the morning. The mowers are also relatively unobtrusive, thanks to their small size, and they are much quieter than others we’ve had. One other thing I forgot to mention is they’re very durable, too, and easy to maintain.”

If there’s a hurricane alley, South Carolina is in it. Hugo raised havoc in 1989, destroying 300 trees at Middleton Place, and Florence gave it a glancing blow. 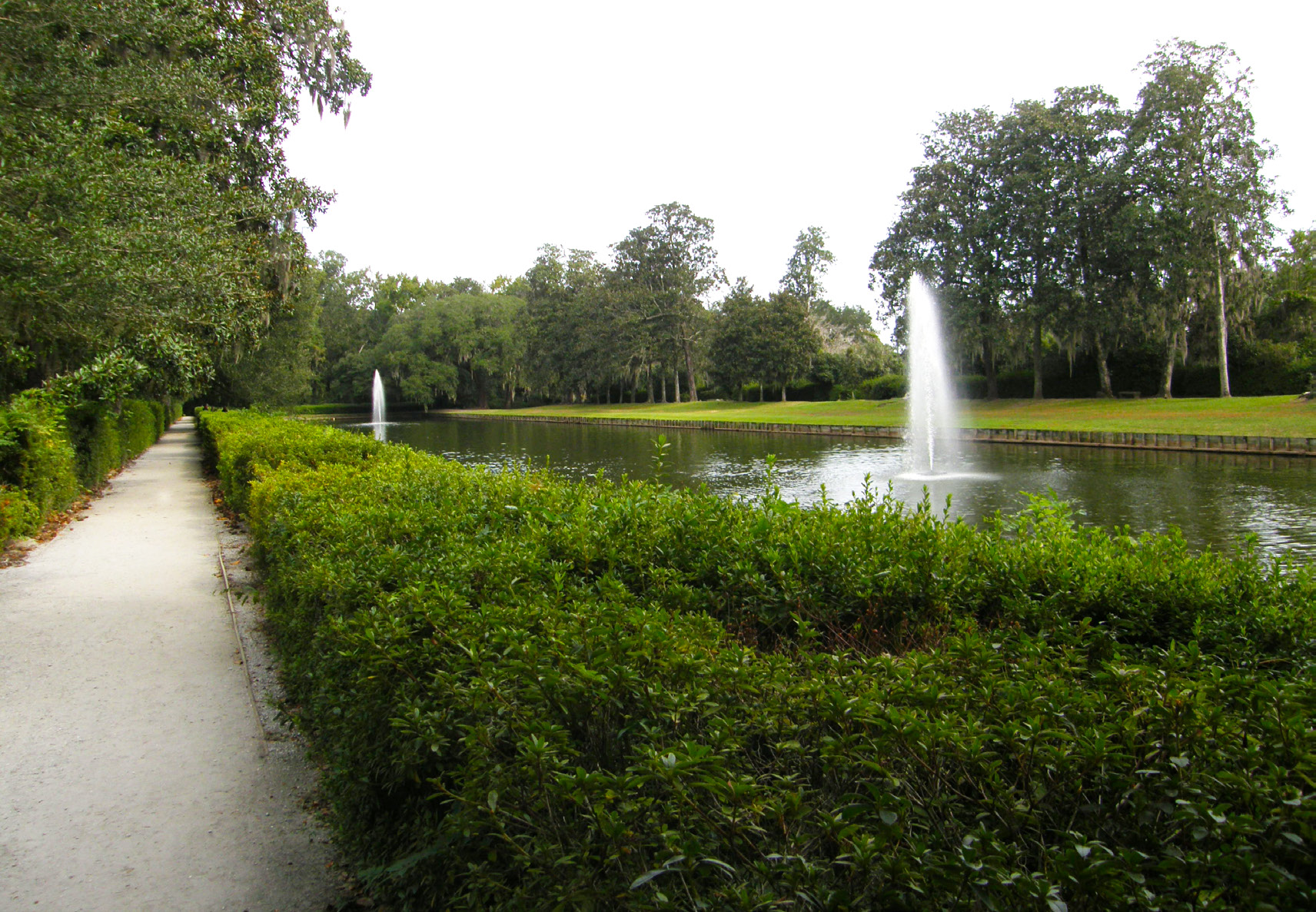 Gardeners rake two miles of pathways by hand, something that keeps them in step with the period.

“We were fortunate, and only had to shut down a day or two because of Florence,” recalls Frazier. “Certainly, hurricanes are part of life down here and we pay close attention to any that get near us. When we talk challenges, though, they are not top of my list. Instead, pests like cutworms and diseases like petal blight come to mind, in large part because we fight them as much as possible with organic controls.

“The other challenge we face is something the entire industry faces, finding people who want to work outdoors. It seems young people today would rather work indoors with computers, and those willing to work outside want a degree of flexibility that’s difficult to accommodate. As we move forward, though, it’s apparent the landscaping profession, among others, will have to learn to work within its parameters.”

In the Antebellum South, Middleton Place was the residence of four successive generations of Middletons whose plantation holdings spread throughout South Carolina. Middleton Place alone featured 6,500 acres of rice-producing land, an agrarian economy that was sustained by both enslaved and free African Americans.

The house museum features an actual collection of family furniture, paintings and documents, among other personal items. The stable yards and animals, the plantation chapel and slave cemetery, a demonstration rice field, along with various shops that replicate spinning textiles, making candles, tanning deer hides, blacksmithing, building and repairing furniture, and more give visitors a glimpse into the past. 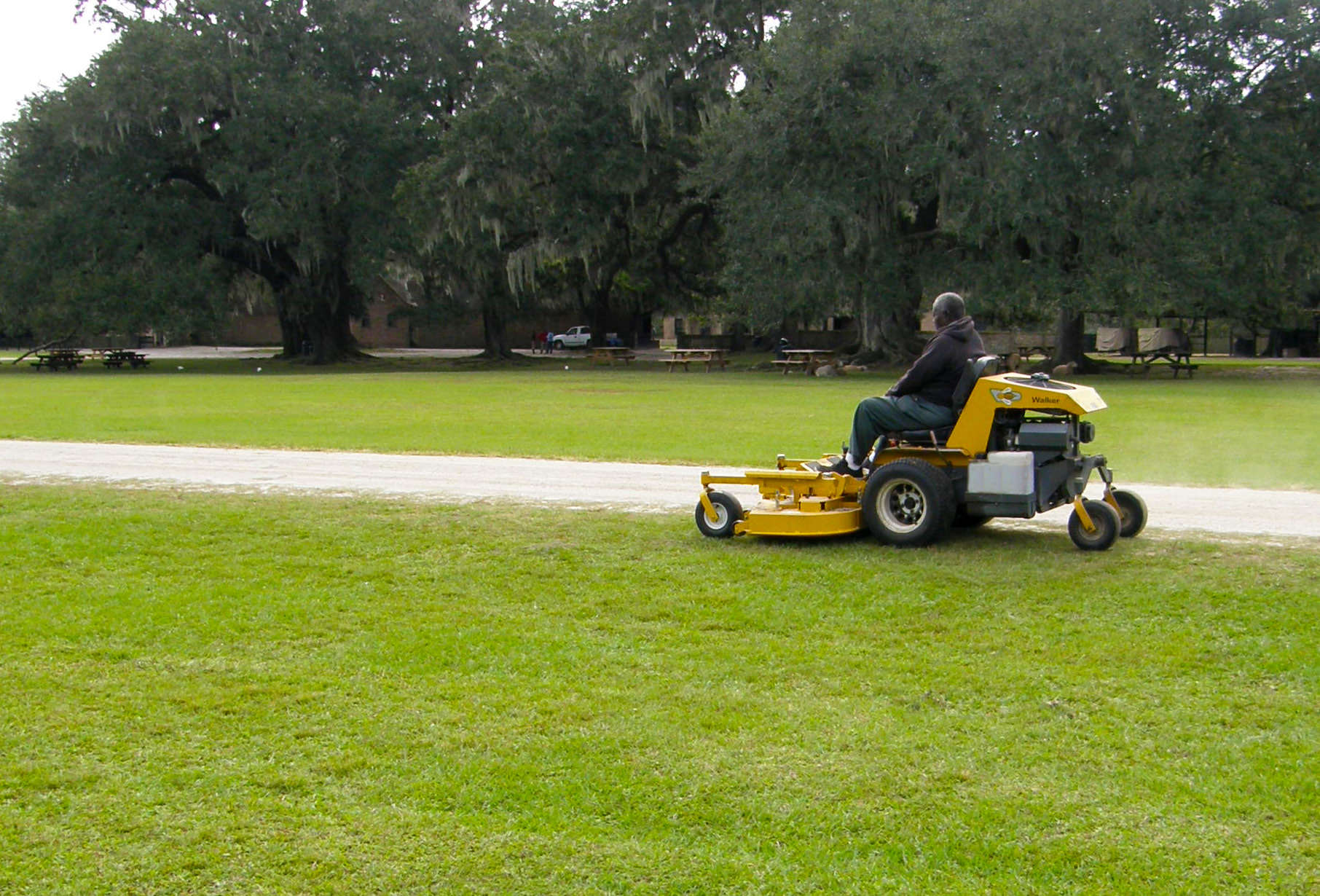 The 65 acres of gardens, lakes and paths also include 28 acres of turf.

Laid out in 1741, the formal gardens’ design was inspired by the work of Andre´ Le Nôtre, the noted landscape architect who designed many great European gardens, including those at the Palace of Versailles. The gardens would evolve over time to accommodate new plant material and expand beyond their original footprint to incorporate romantic garden influences.

Middleton Place was declared a National Historic Landmark because it is the birthplace and home of Arthur Middleton, a signer of the Declaration of Independence. Middleton Place is open every day of the week except Christmas Day